The ARENA DVD trailer.
Most snowboard films tend to have dance music or rock, but this trailer uses 4 tracks from Gangstarr. Loving the snowbaord/skate/mountain bike DVDs these days. The HD camerawork is making an impression.
VAS ENTERTAINMENT 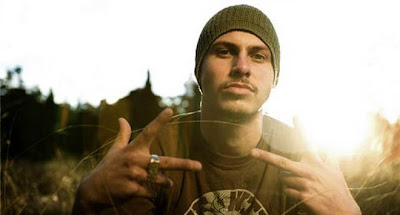 Blue Mountains lad Dialectrix’s debut album, the 2008 releases ‘Cycles of Survival’ was produced entirely by Sydney’s Chasm, but the follow-up ‘Audio Projectile’ (Obese) comes complete with a musical backbone from Melbourne’s illustrious Plutonic Lab. So as to be expected with a producer of that caliber, this is as equally enjoyable as the previous album. It’s fully loaded from the get go with the starting track ‘One More Time’, which is bursting from the seams with its punchy, dynamic & compelling stature. It’s immediately followed by the just as hyperkinetic lead single ‘Pieces of a Puzzle’. The album’s energy doesn’t really quit, it just manifests into the next track with differing results.

D’trix is really become a tour de force amongst the Obese roster with an eloquently appreciable dexterity that is seldom heard from many emcees. He flexes his well recognized tongue twisting skills on the slightly dubby hybrid ‘Life Goes On’ in which Koolism’s Hau sings the hook. The title track will pummel you with its fireball intensity, whilst the more introspective & melodic ‘Whats Important’ will calm you down with its examination of complacency & direction.

The standout tune for me was the organised confusion of ‘Inner Heart Beat’. It sounds like a breakbeat extravaganza with its b-boy percussion, multiple breakdowns & experimental elements. It reminded me of the 80s TV show ‘That’s Incredible’ with its ever changing kicks, snares & ear popping moments. Fellow mountaineer Joe New joins in for an unstoppable rapathon in which both emcees remove any gaps between their verses as they continue to outdo each other’s participation. I’m a huge fan of this kind of track. It really separates the men from the boys, but couple the tight vocal performances with Plutonic’s impossible to analyse beat construction & you have one of the years highlights. Probably the first time I’ve heard an emcee namecheck Cannibal Corpse next to Jennifer Hawkins on a song. 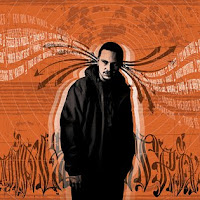 Deejay 2Buck (The Bingethinkers) provides an astounding array of threadwork through his scratches & even gets to shine with some production for the NY chorus inspired ‘Whut?’ We get a bit more gutteral when Fluent Form & Maundz add a rawer sound with their vocal input, but then singer Rigby brightens it up with her sunshiny, yet menacing chorus. ‘Zahir’ is another monster tune, especially if you like double time flows over an ultra funky bassline. Joe New appears again with Tommy Illfigga (Crate Creeps) as they burn through with their Olympian deliveries. Leading out the album is ‘I’ve Been Told’, which is one of those Sunday morning tunes that tantalizes with a breezy demeanour while D’trix’s two verses are bridged by 2 complimentary scratched up choruses from 2Buck. Outstanding work from everyone involved. 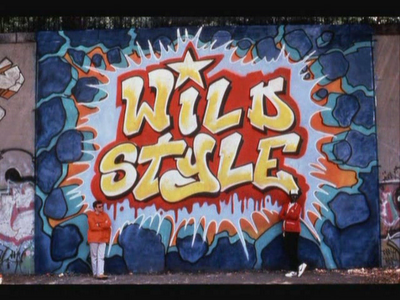 Not much info around.
Coming from Miss Rosen/Powerhouse books..

"Charlie Ahearn's forthcoming book, Wild Style: The Sampler, the 25th anniversary book is planned for release in Spring 2007. Will feature never-before-seen images and stories documenting the making of Wild Style and it's influence on hip hop and pop culture for the past quarter century. Trust me, you will be hearing more about this for months to come"
Posted by idiotproof67 at 11:08 AM No comments:

What tha?
For some bizarre reason I haven't been able to access this blog to post.
Looks like I can now. So hold on. I'll be back.
Meanwhile here's a picture too oogle at.

I've been a bit slack in the overseas department recently, so i'll endeavour to fix that up in the next week or so. 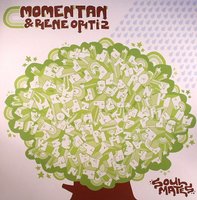 They're still making some excellent music over in Germany, despite all that bling rubbish that seems to dominate the main websites. Momentan are one of my recent finds that stick out. They have a cleverly designed website that has everything that might even convince you. They recently toured Europe with O.C. & El Da Sensai (who appears on the track Good Times on their 'SoulMates' EP). You can listen to their music on their main emcee's MySpace page or more on their deejays page. Personally I think it's quality stuff. Soulful & the beats, scratches & style are all on point.

The videoclip for the single 'Im Nachhinein' shows us the world famous Groove Attack record store in Cologne.
Posted by idiotproof67 at 10:03 PM 1 comment: 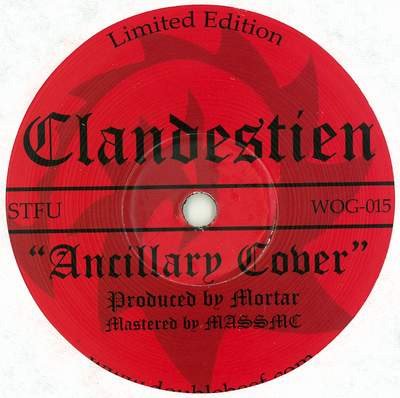 Those menacing sounding perpetrators of the dark side of Australian hip hop recently released their 1st 7" on the OzHipHop related label Wog. The b-side is lovingly titled 'Utter Shit'.As expected it's more for those who like their beats based around minor chords. The videoclip for 'Offguard' is on YouTube, though you can find more clips over at their website here. Seems like its still under construction. 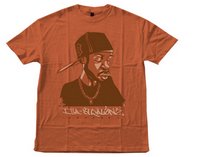 Online site for clothing. It's designed with some nifty sketches from the kids over at Illastrationz.
Check the new J-Dilla tribute t-shirt as well.

• Available through Keep it Classic.
Posted by idiotproof67 at 12:13 AM No comments:

Jisoe is set inside Melbourne's underground graffiti scene. The provocative film exposes for the first time how this international culture has carved an identity in Australian suburbia.

The film centres on Justin Hughes (aka Jisoe), a young graffiti artist who is part of an emerging Australian underclass. The story swings between Justin's gritty daily existence of painting trains and smoking drugs, to intimate, emotional moments such as the birth of his child, the deterioration of his relationship and, finally, his eventual mental breakdown.

Jisoe reveals a private, highly secretive (and paranoid) subculture, taking place completely in the face of the public. Although the film is set to a backdrop of ambitious graffiti art and a soundtrack including original local hip hop artists.

Any excuse to show a nice pic like this will do. If you're in Austin, Texas this week then check this out.
Posted by idiotproof67 at 3:47 PM No comments:

Email ThisBlogThis!Share to TwitterShare to FacebookShare to Pinterest
SNAKES ON A PLANE - Josh Martinez

By now everyone is aware of the infamous Snakes On A Plane internet madness. If not, then track some of the commentary & crazyness that has surrounded this film. Due in most part to the ludicrous title & the stupid theme that it conjours up. Read more about it here at Snakes On A Blog. It opens this week in the US. And all reports seem to think that it could be the greatest B-movie in recent years or a dire mess. It'll be interesting to see how the fanbase via the Net has helped or hindered its success. It stars Samuel Jackson & a heap a snakes.

So naturally there are already a plethora of tribute songs to the unseen film. The best of the lot in my opinion is Canadian emcee Josh Martinez & his mate Evil with their contribution. You'll be reciting the lyrics & humming the melody for days as I have. It's a sticker.

This 12" from June (on the Spilt Milk label) is not off their new album via OM, 'The Healing', but is still an essential purchase. Love this tune. Produced by one of the members Symbolic 1 (Soul Kontrollerz) it's definitely the bump 'n hustle joint for the mid year. They seem to be getting a more enthusiastic vibe these days, before they were all as mellow as could be. They must be rocking some parties down there in Waco Texas. The b-side 'Makin' My Way' is alos a highlight & produced by Aussie lad M-Phazes. Make sure you give their latest album a listen. Nice cover artwork as well: look here.